Keeping it Cool when Temperatures Rise

How Cooling-Off periods can facilitate an effective and lasting resolution in workplace and employment mediations. 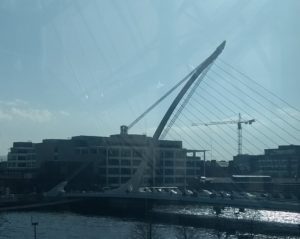 Imagine the scenario; you’ve reached the end of a long and sometimes difficult but successful mediation, the workplace dispute that was the subject of the mediation was brought under a dignity at work or grievance policy. Now that agreement has been reached you also need to agree on what is to happen to the formal claim that originally triggered the process.

That agreement should be legally binding to enable HR to close the file – rather than proceeding down the investigation route.

However, you know that it is a big step for the parties to end the dispute in a final legal way and it may be inappropriate for them to make such a decision at the end of a long and emotionally taxing mediation day.

On the other hand having made so much progress and reached the point of agreement all the parties involved may feel loathe to leave the mediation empty handed and would rather sign now than have to return at a later date to sign an agreement.

By incorporating a cooling-off period (escrow) into the agreement you can help the parties to see what an agreement to resolve the dispute would look like without creating a final obligation. They then have the time and space to consider the agreement post mediation, to take professional advice on it if they so wish and to decide if they want the agreement to become legally binding. If they don’t want to go ahead with the agreement they just let the Mediator know before the deadline.

Karen Erwin is founder and Principal of Erwin Mediation Services. To find out more about how we can help with your workplace and employment mediation contact us – 087 2415844 or email us karenerwin@erwin-mediation.ie.